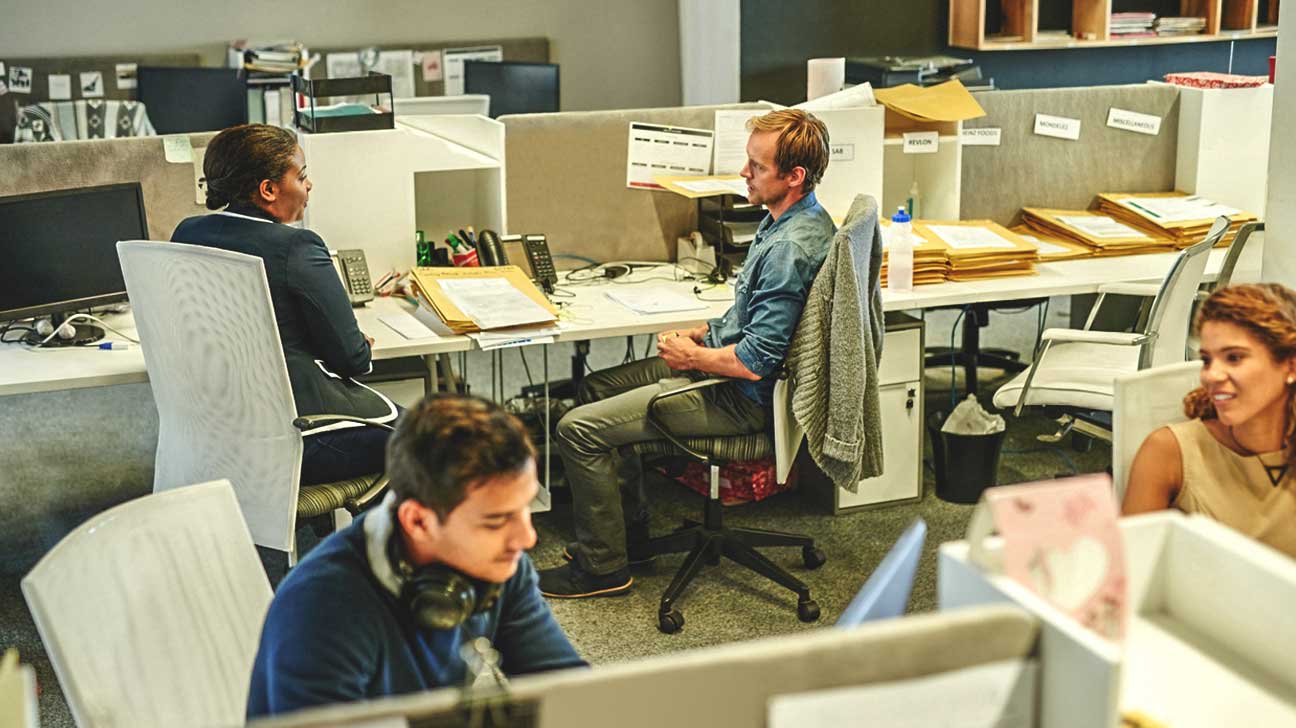 Researchers say our jobs are more sedentary than they used to be, and that is in part to blame for the obesity epidemic.

Americans are getting fatter — although whether that’s because they’re eating too much, not getting enough exercise, or some other factor has been a matter of debate.A new study puts the blame on exercise, at least in part. While people in the United States have gotten roughly the same amount of exercise in their free time over the past 50 years, the amount of physical activity they do during their jobs has decreased significantly.Over the same time, researchers say, the amount of weight put on by the average American is roughly equivalent to what you’d expect from that loss in job-related physical activity.

“In 1960, 1 out of 2 Americans had a job that was essentially exercise,” said Dr. Timothy Church, the study’s lead author, an exercise and obesity researcher, and chief medical officer at ACAP Health Consulting. “That’s plummeted. Now, conservatively, it’s less than 20 percent.”

Church noted the percentage may be even higher because the Occupational Safety and Health Administration (OSHA) database his analysis was based on doesn’t necessarily take into account how technology has made even jobs like factory work less physically demanding.

This loss of on-the-job physical activity has worked out to the average working American burning 100 to 150 fewer calories a day, he estimates. But it appears those Americans haven’t been consuming any fewer calories, despite their reduced need.

Church and his team brought their estimates to a researcher who specializes in calculating metabolic rates. He said to remove 150 calories, 5 days a week from people’s diets and see what that weight loss would look like.

The difference between that and what we actually see today was “remarkable because it almost exactly predicts the weight gain in the U.S. over the past 50 years,” Church told Healthline.

“Everyone is so preoccupied with sugar, fat, and blaming every food you can imagine,” he said. “Our data shows it’s all physical activity, but we don’t actually believe that. We believe it’s more complicated than that… But at least lack of physical activity plays a major role.”

Church says he’s skeptical when someone says something like fast food — or lack of exercise — explains the weight gain we’ve seen, and that these factors are all interconnected.

This has created what his paper calls a “toxic interaction responsible for the current obesity epidemic.”

And there’s lots of evidence to support that our average energy expenditures now might be too low for us to match them with our energy intake.

Gaesser, who wasn’t involved in the new research, told Healthline he agrees with Church that many Americans have physical activity levels that fall into that too-low expenditure zone, but that there’s also plenty of evidence that the calorie intake side of the equation can also explain the increase in obesity.

He notes that self-reported calorie intake has risen, as have portion sizes.

“It’s probably a little of both,” he said.

Can it get worse?

Will the obesity problem continue to get worse, or might it plateau since we’re already so sedentary?

Church thinks it can still get worse.

He points to how kids are more obese now and thus entering the workforce already out of shape — even before starting a sedentary job.

Gaesser said whether it gets worse is anyone’s guess.

Gaesser noted that innovations like walking desks can help mitigate the problem, but they’re impractical when it comes to affecting the weight gain of millions of people across the country.

And outside of work, Americans’ exercise levels haven’t changed for decades, he added.

Modern types of entertainment — such as video games, virtual reality, or the ability to access unlimited content from our phones — probably hasn’t helped that.

That phenomenon was shown in the extreme in China last week when a young man lost sensation in his legs after playing a video game for 20 hours. He had to be hospitalized.

That example aside, the gaming culture and our ability to have more done for us by technology is concerning.

“The only way it could change is if we change our environment and go back to an agricultural-type existence where people just have their own farms at home instead of shopping at the store,” Gaesser said, before adding, “Obviously, I’m just being facetious. That’s not happening.”